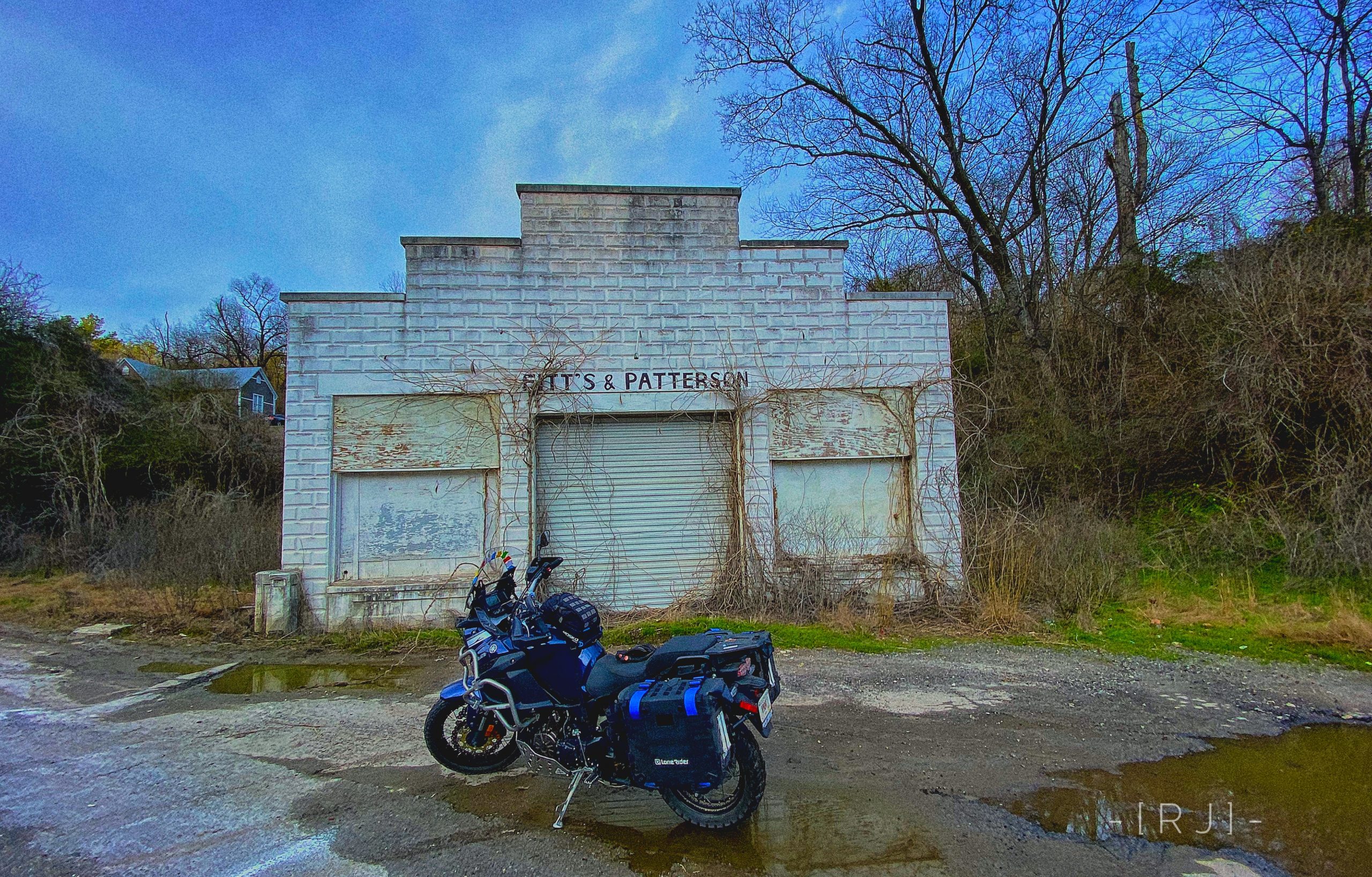 On my New Year’s day ride, I rode through a small town called Marble Hill, in Pickens County, GA. A good section of asphalt as you travel along GA Hwy 53 towards the town of Tate. This is and often used route when I go plodding around the back roads of lower North Georgia. Each time, this stair-stepped roof building, painted white, would catch my attention. This time, I aimed to stop there and take a couple of photos, with the intention of trying to find out what this building was. Seemed to be a store of some kind with a central doorway and two big windows on each side. Both windows boarded up and blocked to world outside. All the stories from the bygone days locked inside.

On using Google after I got home, I only found one reference to the store. The building is supposed to have been built in 1928. That’s 91 years ago! And the building still stands, intact from the effects of time and weather.

Here’s an excerpt from the website – Remnants of Southern Architecture – where the Blog owner, Bill Ringles writes:

For decades Georgia Marble has been mined and used to create historic architecture around the world, including the Archives Building in Atlanta, the New York Stock Exchange, the Supreme Court, the Lincoln Memorial, and our local Tate Elementary School. The marble is also used for tombstones for the United States Military at Arlington National Cemetery. Most of the marble is white, but there is also a very rare pink marble. It is one of the few places in the world where pink marble is found”.

This structure is located right across the highway from part of the Imerys Marble operation. I don’t know what the exact nature of the store has been through the years, but there is a “Drink Royal Crown Cola, Best By Taste Test” sign painted, barely discernible, on the western side of the building.

Many stores of that era that were build near a manufacturing operation were company stores, set up for the workers to buy goods, thus giving their money right back to their employers. Some companies went so far as paying their employees, not in U.S. dollars, but company money that could only be spent at the company store. Whether that practice was used here is not known to me.

It would be such a treat to read accounts of life and the people surrounding this store during the time it stood as a business. Like poking a hole through the boarded up windows and looking into a kaleidoscope of stories of days gone by.

One thought on “Fitts & Patterson Store, Marble Hill, GA | Of days gone by”