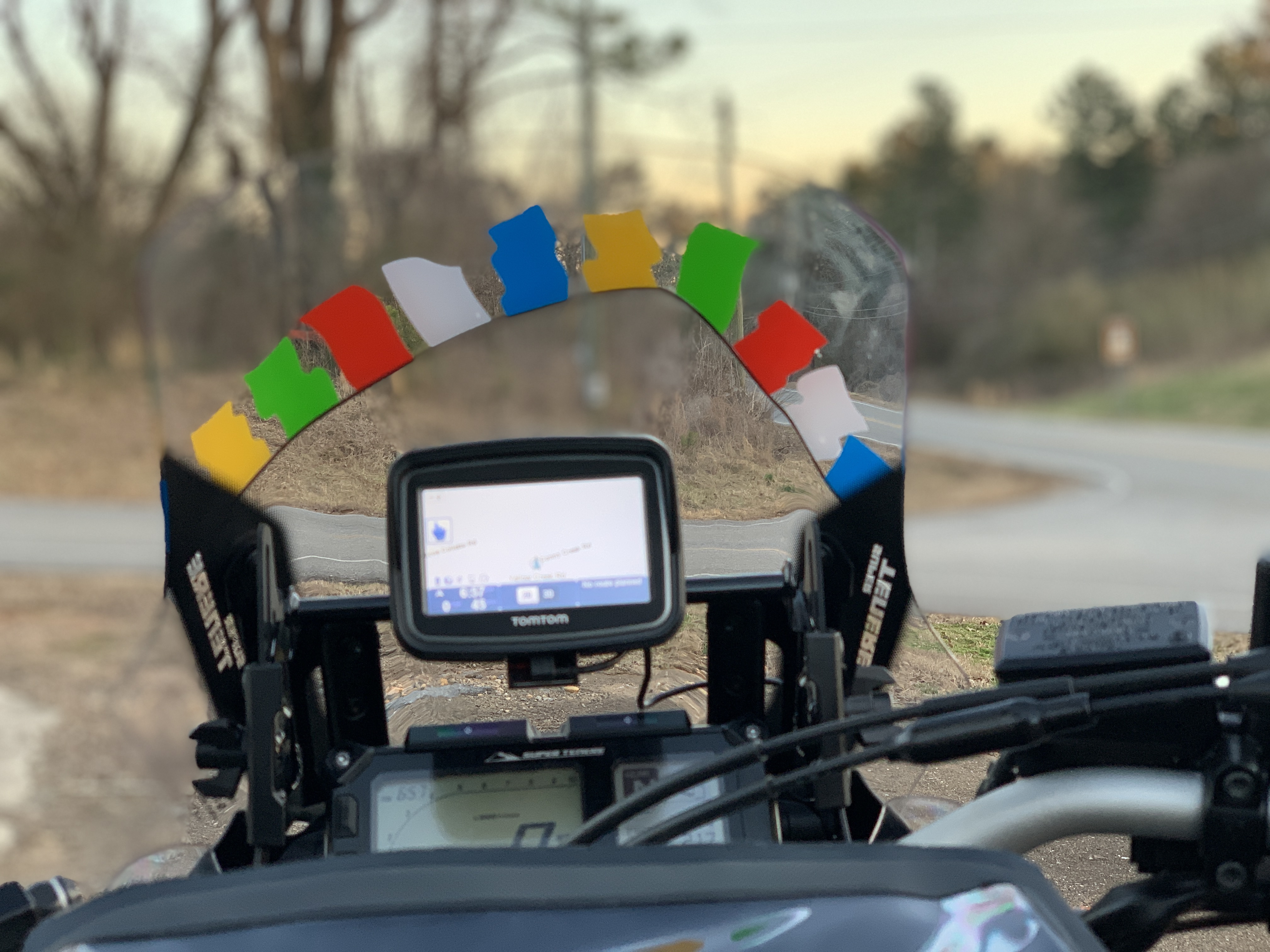 Those who know me, ride with me, know of the colorful ‘Prayer Flags’ tied across my motorcycle’s windscreen. The prayer flags came to being a fixture on my bike(s) since the PoshGoondas ride to the Highest Pass back in 2015.

PoshGoondas completed a motorcycle ride from Chandigarh to Ladakh & The Highest Pass back in 2015 with Helmet Stories. The Prayer Flags became a symbol of the land and the ride. They have now become a permanent fixture on my bike. Connecting me each time to that ride which led us out of our respective boxes and creating memories and an experience of a lifetime!

This mantra does not have one particular meaning. It’s a combination of values like compassion, ethics, patience, diligence, renunciation and wisdom. It is said that if you recite the mantra during meditation, it can cure pride, jealousy, ignorance, greed and aggression. It is said that they emit positive spiritual vibrations and that the prayers are carried by the wind like silent prayers.

Since 2015, the weather, the air rushing by have caused the flags, made from cotton, to fade and fray at the edges. This led to me think about getting a replacement set from India through the many motorcycling friends out there. But the new set would be prone to the same conditions and fade and fray. A permanent solution, perhaps.

Just at this time, Huckleberry, a good friend and fellow Super Tenere Rider from here in Atlanta, had ordered a custom made ‘Mini USA Decal Map‘ (now a best seller!) from Jessica Shrader of  Shraderland Designs a designer on Etsy. These are vinyl decals (stickers) which when applied to any surface, become permanent. That was it. Eureka! I approached the same designer on Etsy on my friend’s recommendation. After many IM/email exchanges, we locked into the final version. Jessica was very patient with my finicky small changes or corrections. The color sequence; the shades and tones, the ‘wind direction’ to give the optics of ‘blowing in the wind’. She has been great to work with and will be my go-to designer for any future custom decal requirements. There are a few ideas and designs floating around in my head already!

Here pictures of the applied decal. The vivid colors really stand out well and in the few days, so far, that I have been riding since the decal was applied, I’m appreciating the finished product each time I ride. 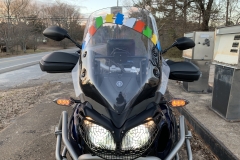 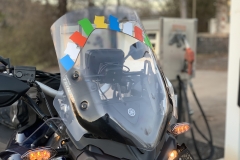 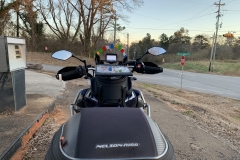 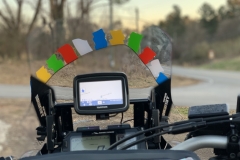 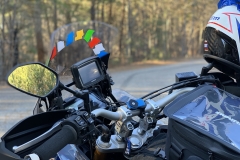 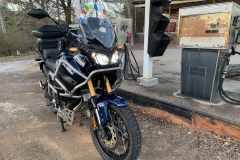 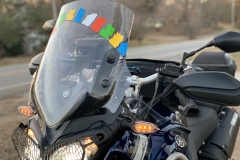 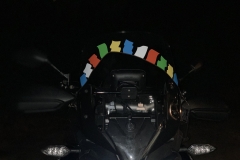 . I have been naturally inclined towards mountains

. In a forest of a hundred thousand trees, no two

. It’s a dangerous business, Frodo, going out yo

. Nobody climbs mountains for scientific reasons.