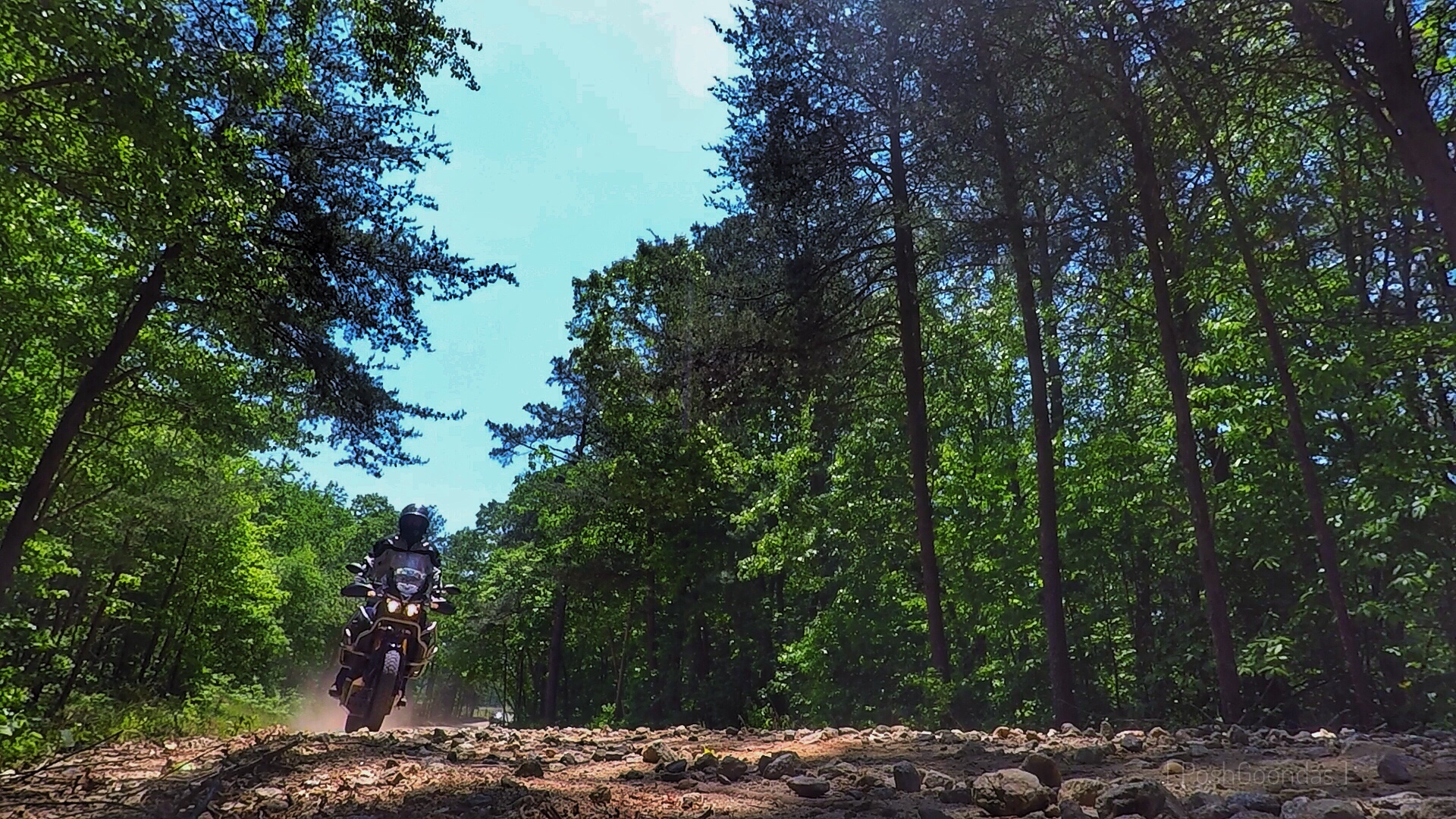 Two roads diverged in a wood, and I took the one less traveled by. /Robert Frost

Dawson Forest WMA (Wildlife Management Area) is the first ‘area’ that I rode to when I started riding a number of years ago. About half an hour ride on back roads, lined with trees and rural homes. Long sweeping turns cutting through some picturesque rural settings. With the SuperTenere, with a bit of offroad training, I could now venture along the grave and stones country – Forest Service Roads. Not many since motor vehicles are allowed on just few roads within this WMA.

The tarmac leads up to turn off, like a fork in the road, turning in to the mud and gravel track. And such tracks have been, so far, the roads less traveled on my Motorcycle riding journey. I still remember my first time out with the SuperTenere – a very small part of me expecting a bike built for dirt tracks to just do its thing and take me riding on the tracks! Clearly not so. Tentative and a complete novice – on this powerful a bike – on these kind of tracks. A lot of training videos, regularly listening and re-listening of the Adventure Rider Radio Rider podcasts on rider training as well as taking a weekend’s worth of training to ride the bike on Sand, followed with the sole purpose of being more confident of the bike and myself and the skill to ride as one. All this really did help. Helped in boosting my confidence exponentially and as a reward enjoying every minute of riding on such tracks.

A road less traveled will soon be oft traveled.

I was riding at a fair (but safe) clip along mud, gravel and stones leaving a dust trail behind me. The road was great to test speed on long straight stretches, turns and steep gradients up and down and over the hills. With a few little bumps which caught just right provided for that little catch of air. The couple of runs up and down were a blast and thoroughly exhilarating. Which, naturally, had to be captured with my trusty GoPro. This shot pulled from a video shot on the GoPro perched and supported on some small stones. Behind that Helmet Shield; an ear to ear smile!