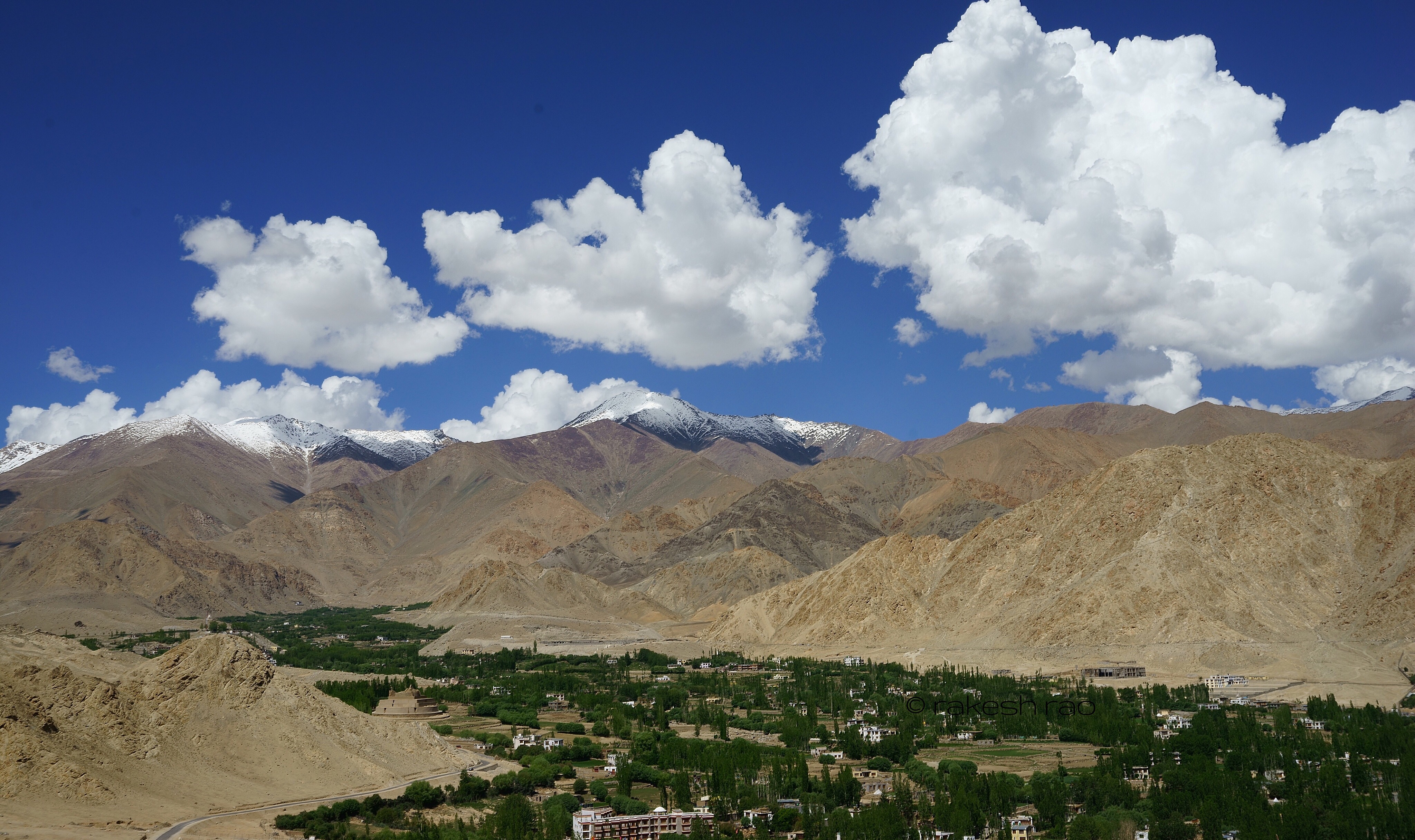 The day after we arrived in Leh, we had the morning to ourselves. #PoshGoondas were free to amble around town; try and get some Indian money out of the ATMs (that’s another story for another day); or do a bit of sightseeing which Jatin, I and Kalpesh decided to do. Nimish was off Snow Leopard spotting.

After visiting the Leh Palace, we went up to the Shanti Stupa. A nice, serene, spiritual location. Although walking barefoot on the sun baked tiled floor was a task. Perched at an elevation, we could look down on various sections that made up Leh, ensconced in the Valley. With it being a dry day, the skies were pristine blue, the clouds snow white and the land saturated in arid browns or lush green. The view of the fertile greens snaking along the valley, appeared to look like a tree lined river finding its course as allowed by the Mountains, as if standing guard. And this scape overseen by the snow capped mountains in the yonder. Such stark terrains, coexisting. Perhaps in co-dependence. Another of Ma Nature’s tapestries.

“Over every mountain there is a path, although it may not be seen from the valley.”
/Theodore Roethke

One thought on “The Valley Green”